We’ve said it before, but good writers are made, not born. And that means you should think of your writing as a skill that you’re constantly improving  — which is why it’s so important to develop a regular writing practice.

Building those skills takes time, practice, and an openness to feedback. But there are some quick writing tips that can help boost your skills along the way.

If you want to liven up a scene or illustrate a point you’re trying to make, details can make a big difference. For example, take this sentence:=

When I didn’t hear back from my brother, I grew worried.

There’s nothing wrong with this sentence, but there’s nothing exciting about it, either. But you can liven it up by showing the reader how you feel rather than simply telling them how you feel. An easy way to do that? Detail!

I looked at my phone  — still no response. I could feel the sweat forming on my brow.

A couple of small details  — a glance at the phone and beads of sweat  — make this sentence much more relatable and pull the reader into the scene. Details aren’t just useful for narrative writing or fiction. Let’s say you’re writing a how-to guide for job-searching. Here’s a straightforward opening sentence that’s rather boring:

Searching for a new job can be daunting.

Add a few relatable details, and you have a much more engaging opening line: Your boss just brought you into her office and told you they’re laying off a majority of the staff  — including you. You pack up your things and wonder, “where do I go from here?”

In the former example, you’re communicating your idea, but in the latter, you’re drawing in the reader and making them want to keep reading.

2. Outlines don’t have to be limiting.

Many new writers shy away from using an outline, and for good reason. In grade school and even high school, teachers forced us to stick to outlines that worked well for writing an essay for a standardized test, but fell apart if you were communicating an idea with any sort of nuance or complexity.

Still, outlines can be a useful writing tip when they help frame a story that feels like it’s jumping from one point to another with no cohesive thesis. In the world of journalism, the nut graf or “cosmic graf” is a great place to start your outline. It’s a paragraph that sums up the thesis or theme of your story, article, or essay. It doesn’t have to be completely straightforward, but it has to communicate the general idea you’re writing about so that the reader has an anchor when they get lost in the nuance of your story. The “nut graf” is also the paragraph you might send an editor or publication when you pitch. Once you have an idea of what that is, the rest of the piece is easier to frame.

There’s also the lede  — the opening paragraph that leads the reader into the subject before spelling it out in the nut graf. From there, you’ll have all sorts of points you want to make in your piece. Before you dig into those points, it might be helpful to quickly sum them all up in a bullet point, then group similar bullet points together so you have the section of the piece outlined. From there, you can start writing with some kind of framework.

Good writing and good grammar are two very different things. And sometimes the art of writing matters more than the technical aspect of writing.  A famous example of this is the Dylan Thomas poem, “Do not go gentle into that good night.”

The title itself is stylistically incorrect, he pointed out. Grammatically, it should read, “Do not go gently into that good night,” since Thomas uses “gentle” as an adverb here, not an adjective.

But “gently” doesn’t quite pack the same feisty punch, especially when you hold it up against other word choices in this poem: fierce tears, wild men, forked lighting.

In this poem, which has to do with his father fighting death, Thomas urges the reader to “rage, rage against the dying of the light.” Don’t and Gentle are phonetically harsher word choices that reinforce his theme better than “gently,” which sounds light and soft. It might be technically correct, but it takes away from the poem.

4. But find a good grammar plug-in.

Good writers know when to buck the grammar rules, but as the saying goes, you have to know the rules before you break them. There are so many rules for proper grammar, though, and they’re not always straightforward. If you don’t have an instinct for grammar, pick up a copy of Dreyer’s English, which is a great guide to clarity and style.

There are also grammar tools and browser plug-ins that are super helpful, including Grammarly and Hemingway. Grammarly works like a spellcheck for grammar and can link to your browser or Google Doc. With Hemingway, you can copy and paste your writing into its website, and it will immediately point out any glaring grammar mistakes and suggestions.

It can also be helpful to speak your writing out loud or use your computer’s speech to text function. (On Macs, you can find this option under Accessibility > Speech in Settings. Hearing your writing out loud can make it easier to find mistakes, especially if you’re more of an auditory learner.

Passive voice is a common writing mistake. Some examples of passive voice:

Passive voice can be tricky. We often write based on the way we talk, but the way we talk isn’t always effective for illustrating a point. In an active sentence, the subject should be doing the verb. Passive voice puts too much distance between the subject and verb, which can really muddy up a sentence and make it confusing. Here’s the correct, active version of each of the above sentences:

Translating something from passive to active makes it easier to provide more detail, too. For example, how many new managers did they hire? How could you tell your friend received the message? When you correctly identify the subject of a sentence, which is what active voice does, it’s easier to inject detail.

Too many unnecessary words in your writing can weigh it down and make it sound pretentious or incoherent. Only use as many words as you need to get your point across. Yes, detail is important, but detail doesn’t mean using every possible adjective or adverb you can think of in order to describe something. For example, I bet you can find a few filler words in this sentence right off the bat: I looked at my phone longingly, but I still didn’t receive the timely response I was hoping for. I could feel the wet sweat forming on my warm, salty brow.

All of the underlined words don’t add much more to this description. Longingly, for example, tells the reader outright how you’re feeling, instead of allowing them to experience it — you can say more with less.

Pro tip: Don’t worry too much about filler words as you’re writing, or you’ll get stuck and have a hard time putting anything on the page. But when you’re editing, look for words that don’t add much to your point. Look for words that may be taking away from your point entirely.

Again, the best way to improve your writing is to practice it regularly. If you can’t seem to develop the habit, try this productivity hack often attributed to Jerry Seinfeld: Keep a calendar and mark a big red X on every day you get a little bit of writing done. Your goal? To keep that red X chain going. The idea is, when you see your progress laid out visually, it’s easier to stick to the habit because you can see the result of breaking it. It’s kind of a silly “mind hack” that might not work for everyone, but it may also be a lot more effective than you think. 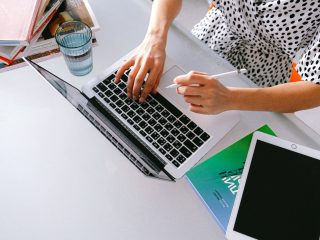 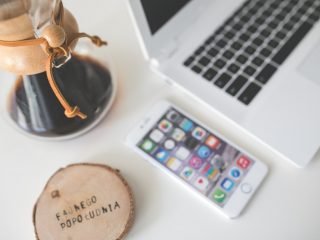 Next Post (n) How To Set Up Your Ideal Writing Space