Kevin Em comes to food writing with a truly unique perspective. With a background in tech and experience living in Korea and his native United States, Kevin looks both at food and the larger cultural and economic questions behind what we eat. He was kind enough to share his views  on writing and a host of other issues in America today.

How does your work in food inform your writing, and vice versa?

Working shoulder-to-shoulder with cooks brought out the inquisitive side in me. The kitchen staff and I would chop it up while chopping up vegetables or breaking down chickens. They’d give me the break down of their lives, their dreams and their regrets. I realized the stories I was hearing was an alternative to the tortured genius white chef narratives I had idolized and tried to imitate. And I became acutely aware of the lack of representation in food writing even though the majority of food workers in the U.S. are black, brown and yellow. After I grew accustomed to the grueling 8-hour shifts of repetitive, dirty and often demoralizing tasks, coming home meant returning to my writing desk and taking notes of what transpired, how my hands were morphing into a cook’s, the stories and jokes I heard during break, and how much I had been given from those who had the least to give. The cooks’ giving took the form of tips on how to become a better cook, solidarity in the face of racism, and most importantly, their friendship and personal histories. My writing changed too. Now, I prefer writing in bullet points, like a recipe, rather than the long form prose I had been trained in. I’ve found a deliberateness in the flow of my writing, like the turn of a rotisserie. Sometimes, I illustrate the action in the kitchen like the staccato of a chef knife rapping the cutting board.

How has Netflix and TV changed your attitude and writing goals?

Being an essential worker meant I had to squeeze in episodes of shows my friends had already binged during quarantine or while working from home. Thus, Netflix time has become sacred time – a moment to collect myself and to savor a rich source of visual storytelling. Shows like Chef’s Table changed the way I see food, its color, its arrangement, the expressions on its history. And some of my favorite shows like Game of Thrones changed the way I write – I’m pushing myself to incorporate more world-building, foreshadowing and plot twists because I think that’s what audiences are coming to expect from engaging content, even food writing. New narratives in food writing should also incorporate dynamic characters, political machinations in kitchen and the violence of working in a high-stress environment. These are stories made for the small screen, and one day I hope to have bragging rights for selling a body of work to a streaming platform, more so than winning a literary award.

I’m pushing myself to incorporate more world-building, foreshadowing and plot twists because I think that’s what audiences are coming to expect from engaging content, even food writing.

How has being Korean-American and living in both countries informed your view of the world, and this moment?

Korean culture, particularly its food, is having its moment. My household’s seasonings have become ubiquitous in menus across the country – there are kimchi grilled cheeses, and gochujang burgers and kale avocado bibimbap everywhere! It’s great to see romanized Hangul and people enjoying pungent, aggressive Korean flavors, and at the same time, I always chance a peek into the kitchen to see the face of the proprietor. Ah yes, another instance of cultural appropriation. Do I know if that entrepreneur is racist? No. Is he or she another white chef profiting from my culture without sacrificing privilege or taking steps towards social justice? Probably. These intense conversations are what I’m trying to unspool in my writing as a chef, as a member of a diaspora, as writer and agent of change.

I am privileged in my ability to fly back and forth to Korea when I miss my family and friends. Yet, I’m aware of my own marginalization because there’s never been more widely publicized asian hate crimes. This in-between state often invokes more criticism of my writing from people of color, especially when I don’t center the stories of groups suffering from multiple layers of oppression, like women of color and refugees. But I also have the privilege to do outreach with allies seeking pathways towards incremental social justice. As a Korean-American, it’s easy to get ahead of myself and act like an expert on Koreanness in America. I’m not. I am working on actively listening to my community and the voices of other communities too.

What was it like making the transition from global tech companies to food and writing? What did it teach you about people and our society?

Being put to work for the first time in a kitchen was the hardest thing I’ve ever done. It’s harder than school, the tech sector, or even writing. The work is hard mainly because I felt myself becoming even more invisible than when I was the only person of color in the board room. In the kitchen, I am hidden behind the face mask, the plexiglass, the double doors, the steam and smoke, the pomp and ego of the chef.

I’ve learned most end-users would rather not know the real stories of the people behind the product: in the tech world, investors fawn over buzzwords like machine learning, blockchain, and as-a-service; restaurant customers pay to hear menu flourishes like artisanal, sustainable, and farm-to-table. It’s all bullshit. The lessons worth learning was the rage welling inside as I dumped barely touched food in the trash, or the contentment felt while beholding the mise en place I’ve worked all morning getting ready.

I also learned one of the fastest ways to earn someone’s respect is to ask for their help. It shows confidence in my abilities as a cook – I may not have this one skill down, but there are other techniques I’m surely better at than the next cook, so let’s skill-share and get it done right. Because that’s what society boils down to, right? Skill-sharing, division of labor and leaning on one another during the rush. I could never have learned these lessons at a global tech company, and they’re what I wish to share with my reading audience.

Asking a question and practicing active listening can have miraculous effects. Try asking what a person’s dream is, right from the jump. Their eyes will brighten, they’ll take a moment to ponder the question, and will launch into what they truly care about.

In what ways can food and the written word bring people together?

It’s hard to bring people together in 2021. Everyone is in their social media bubble, their quarantine pod, their own brand of divisive politics. But food and writing, and food writing in particular represents a sweet spot that everyone can relish. To glimpse another’s culinary experience from a distance provides a sense of safety while encouraging empathy. For example, a thoughtful food truck review, or a profile of a chef-of-color, can elicit a simple reaction like salivation or the urge to take up home cooking. Great writing can move mountains, but it can also nudge people to stack simple stone pagodas along their way up the slope.

How can we apply humility in our everyday lives?

The easiest gesture of humility is asking questions. Sometimes in a conversation, I find myself so busy thinking of what to say next that I don’t hear a word of what’s being said to me. We end up talking over each other and feeling emptier, more isolated and more prone to look at our phones where we can find solace in a curation of interests and people we admire. But asking a question and practicing active listening can have miraculous effects. Try asking what a person’s dream is, right from the jump. Their eyes will brighten, they’ll take a moment to ponder the question, and will launch into what they truly care about. I try not to interject no matter how interesting or how humble their dream is. And once they’ve finished, you’d be surprised how often that person is keyed into what you have to say. 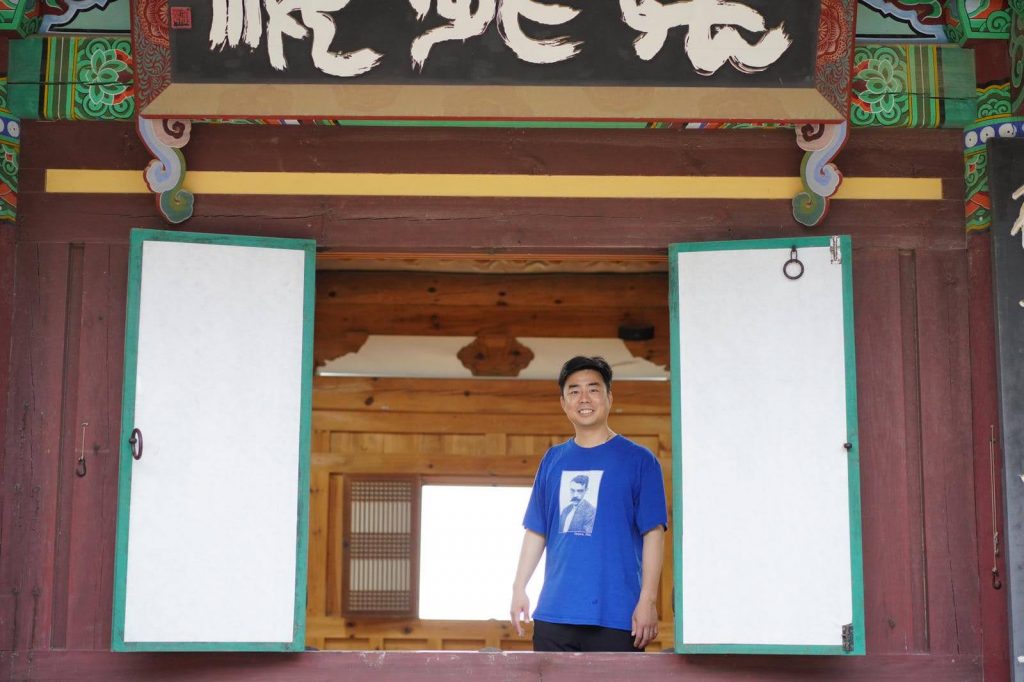 What would a more humble America (and world) look like?

A more humble America would be a less hypocritical America. A humbler America wouldn’t harp on another country’s human rights record without first fixing its own. We’d provide basic necessities free-of-charge before expecting citizens to pull themselves up from their bootstraps. We wouldn’t ask a foreigner where they’re from without first asking ourselves if it’s appropriate and owning the fact we weren’t here first. We’d get less wasted and produce less waste. We’d honor the cook in the back before Instagramming the billionaire tipping out front.

What tips do you have for people who want to become a writer?

I’ve found the most helpful writing technique is to have a routine, to kick your own butt to wake up at a certain time, run a certain distance, and buckle down to write a certain number of words before taking a nap. I’m still working on my own routine, and I almost never stick to it. Yet. Let’s work on it together!

What’s next for Kevin Em?

I’m working on a volume called Cooks of Color that archives the voices of cooks whom I’ve worked with in university cafeterias, hospitals and private restaurants. Their stories cover topics like U.S. border crossings, family histories, encounters with police and funny snippets from the kitchen. While sharing stories during break time with my co-workers, I was overcome with the urge to write them down because most cooks’ personal histories are harrowing, heart-warming and prescient to the future of America. I hope to conclude this work by the end of the year. In the meantime, you can follow me on Instagram, or read “My Journey from Tech Sector to Kitchen,” which was published in Radical Humility by Belt Publishing. 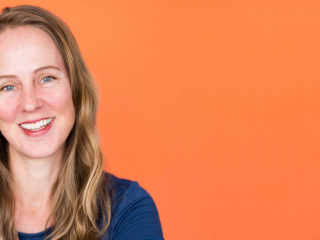 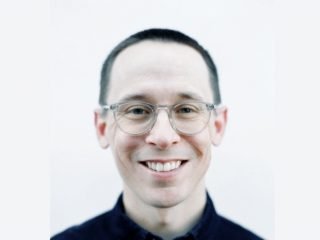 Next Post (n) David Buckmaster: How to Create A Fairer Workplace