We tend to think of our career paths as linear. You do X, it leads to Y, and then  — boom  — you have a career. In reality, most career paths are winding and circuitous. Sometimes the path splits and you have the option of going in different directions. Each path may generally lead to the same place, or it may take you on a completely different journey. Put another way, I once read a quote that asked us to think of our career as a climbing wall, not a ladder. And that’s especially true for a career like freelance writing, which does not have a single tried-and-true path toward success. There are many ways to build a career as a freelance writer.

That said, there are general steps every writer will find themselves taking in the pursuit of a freelance writing career. (We teach these steps in-depth in the Come Write With Us course — build a platform, pitch publications, build your skills, network).  And much of it is trial and error. You move forward a few steps, you take a couple of steps back, you learn and move on. As a firm believer in sharing what works and what doesn’t, I thought I’d reminisce on a few mistakes I’ve made in my own decade-long freelance writing career.

1. I tried to do everything on my own.

Early in my career, when I was still working a 9-to-5, I didn’t want anyone to know I was pursuing a freelance writing career on the side. I kept that goal to myself and quietly browsed freelance gig sites and applied to jobs on Craigslist. For one reason or another, I’ve always had a hard time asking for help. I try to do everything alone because I don’t want to bother people or I don’t want people to think I’m using them  — plus, I’m a shy person at heart, although I’ve learned to hide my shyness pretty well.

But it wasn’t until I started telling friends, family, and peers that I wanted to be a freelance writer that I actually started finding work. And, unsurprisingly, much of that work came from my network: A friend recommended me for a copywriting gig via his employer. Another friend connected me with an editor at a magazine. My old project manager onboarded me when she became editor-in-chief of a major online media outlet. None of this would have happened if I didn’t get over my shyness and simply say, “Hey, I’m looking for freelance writing work if you happen to hear of anything.” I didn’t push, I didn’t come up with some sleazy networking strategy, I didn’t bombard my friends with requests. But I did learn to ask for help and to stop trying to do everything on my own.

Early in my career, I didn’t think negotiating was a skill that writers needed to bother to learn. Fully immersed in the starving artist mindset, I figured I was lucky to get any kind of writing gig, even if it paid next to nothing.

A seasoned writer said something to me that changed my mind: When you accept low-to-no-paying writing gigs, you’re lowering the bar for writers everywhere.

It’s true. There’s a reason outlets think they can get away with underpaying experienced writers: they can. Many writers are willing to simply take whatever they can get, and that creates a false sense of value for these outlets. So start pushing back  — most publications and outlets can indeed afford to pay more.

Sure, early on in your career you’re not going to be making $1 a word. You might even accept a couple of non-paid gigs in order to build your portfolio. But once you have some experience under your belt, you need to increase your rate, and that means learning to negotiate. Here’s a simple script: “Thanks for the offer. I understand budgets vary quite a bit depending on the publication. My usual rate is $300  — if you can offer a rate more in line with that, I’d love to take on this piece!”

Even a simple, “Is there any way you can offer $300?” will do. Of course, budgets do vary and WhoPaysWriters.com is a very good resource for figuring out how much you should be getting paid, depending on the outlet. As a general rule, if you’re not sure how to start negotiating, try to ask for just a little bit more  — say, 20%  — anytime you get a new gig.

When I was laid off of a major, ongoing freelancing gig in 2014, it was devastating. The publication I was writing for had been my bread-and-butter for years, and I genuinely loved the work and I enjoyed working with my editor. But due to budget cuts, they had to let all of their freelancers go, and I was no exception. Sure, almost every job loss hurts, but this one sent me into an existential crisis. My identity was so wrapped up in this job, and in being a writer in general, that I didn’t have a sense of worth without that job or label.

I’ve since learned to look at writing as something I do, not something I am. And this has made so many challenges immensely easier. It’s easier to negotiate with this perspective, for example. Without your entire identity on the line, you’re less attached to the outcome of not getting what you want, so it’s easier to ask for more. It’s also easier to accept criticism and feedback when your entire identity isn’t wrapped up in being a writer  — you can look at your skills objectively, which makes it easier to improve.

I’ll admit, this is an ongoing issue for me. Perhaps because I grew up in a household where money was a scarce resource and a constant source of anxiety, I’ve always been ruled by it. When a company wants to pay me to write for them, I have a hard time saying no, even if it’s a job I don’t really want to do or doesn’t pay well. It’s hard to say no to money, period. But it’s especially hard when you believe that you’re lucky to get any job as a writer.

The truth is, you are lucky to get work as a writer  — it’s not easy to do what you enjoy for a living  — but that also doesn’t mean you can afford to be underpaid. The more experience you gain, the more you have to be selective. A fellow freelancer gave me some advice for deciding what kind of jobs to accept. He suggested asking three questions:

According to his criteria, if you can’t answer “yes” to two out of three of those questions, you should turn down the gig.

5. I didn’t structure my days.

I feel hugely lucky to be able to work from home as a freelance writer. However, this work setup is not for everyone, and it takes some time to get used to it. Namely, early in my freelance writing career, I had a hard time structuring my days and creating boundaries for my work. Because I could work from anywhere, I would work from everywhere, and I would work constantly.

When you write for a living, you learn to tailor your writing to the editor, publication, or website you’re writing for. And while that’s an important skill for marketing yourself and turning one-off gigs into regular freelance writing work, it can also come at the cost of losing your unique writing voice.

Editors mean well, but they often edit your voice right out of your work. Even if they don’t, publications have their own style guide for writers, and that style might not align with your own. It’s important to stick to what the publication wants, but it’s also important to maintain your own style, too. Otherwise, you can end up wondering why you’re writing at all.

Having a daily freewriting practice has helped immensely with this. Many writers maintain a blog while they’re freelance writing professionally, and that helps them practice writing in their own voice, too. If you like to write, it’s important to keep up with some kind of personal writing practice even when you get to the point that you’re writing for a living.

7. I was a snob about personal branding.

For years, I shied away from branding myself as a writer. The whole idea of branding seemed like something reserved for companies and influencers, not writers.

But if you have any kind of social media platform as a writer  — and you should  —  you already have a brand. You can convince yourself you don’t care about it all you want, but the truth is, your platform, work, and words are sending a message about the kind of writer you are whether you intend to send that message or not. Personal branding is about curating that message so you’re sending out the vibe you want to send out as a writer. Plus, like it or not, editors, publishers, and agents all care about your brand and your platform. You might as well take control of it. I won’t pretend to be an expert on personal branding, but here’s a great article on the topic.

I’ve made a number of smart moves in my career, but many of those moves were influenced by the equal number of mistakes I’ve made. It’s important to remember that failure is part of the process, and that’s especially true with a career like freelance writing, in which there are no set-in-stone rules and it often feels like you’re going at it without a guide. You’ll make mistakes and you’ll fail sometimes   — in these mistakes are valuable data that can ultimately help you succeed as a freelance writer. 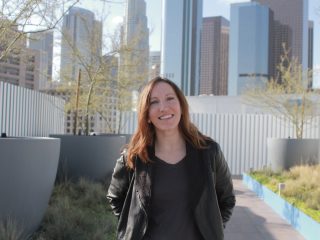