Hey! It’s Alex, one of the founders of Come Write With Us. I wrote a special issue of National Geographic titled Marijuana Medicine: The Science Unlocking the Secrets of Cannabis which is on newsstands now. A lot of students and even a few non-writer friends have asked what it was like to write the issue. So, here’s some of the takeaways:

As always, most of the advice on Come Write With Us is free but if you want to get really into things, we have a self-paced course you can take.

Let’s get into it:

Space out your time, especially for research-heavy projects.

Writing this issue involved doing 15,000 words in about a month. That’s 500 words a day, and that doesn’t account for time spent doing research, or time spent editing. For a project like this, there was a lot of both of those, particularly in regards to the science and history of cannabis. This plant has been used for 6,000 years or more, so there were a lot of documents to look at, which is both a blessing and a curse.

I had to read meta analyses of health studies, investigate how THC, CBD, and other compounds work, and more. This was straightforward but, like any other writing project, took time.

To get anecdotes that were worthwhile, I had to read old primary sources. One that I love was a description of a bad trip in a New York drug den from the late 1800s.

In almost any project, but especially one involving research, you will sometimes get tripped up by small issues. For this project, one case involved the French Army’s banning of Cannabis use in Egypt in the early 1800s. One source said Napoleon ordered it, but further digging revealed that it was actually an officer. In the name of being historically correct, we had to change that.

That’s actually one issue with projects that are heavy on history—sometimes different sources, even reputable ones, kind of disagree with one another about what really happened. That means you need to do more digging but also note the arguments in comments to your editor. Of course, the way around it is to note in the text that sources disagree.

Making sure that you are getting the story right involves doing extra research. This is not to say I was perfect—perhaps a reader will find a mistake—but it is to say that doing this work is important and you need to be able to invest the time, while managing your own time.

There are reasons it’s hard to write for National Geographic early on in your career.

When I was just starting out I sent article pitches to top publications and was actually a bit pissed off when they rejected me. I looked back at some of those pitches and was pretty embarrassed—they weren’t that good.

I sent off book pitches to agents when I had no idea how to actually write a 60,000 word book.

I made pitches to major publications with typos or basic errors.

I knew that rejection was part of the process, so I tried to overcompensate for that rejection by, honestly, being a little blind to what I needed to change.

That cost me. I probably wasted a year wondering why top names weren’t hiring me instead of looking in the mirror and just getting better at writing by working for less famous but still okay outlets. Doing more reading, editing, and being slower but more careful—that is what I should have done.

Instead, I wasted time thinking I should instantly write for famous places.

Don’t get me wrong. You do want ambition. And that ambition, along with advice and help from friends and colleagues, is what got me to where I am today. Without it, I never would’ve eventually written a special issue for National Geographic. But that took years.

In a way, I was lucky to be rejected because one of the worst things you can do is be offered a big job, then blow it. (Perhaps the only silver lining of top publications being so selective is that this is unlikely to ever happen—by the time you have a chance to pitch and be taken seriously, you are good enough).

So, if you are a beginning writer with very few clips, I would say that you should focus on smaller gigs first. Once you master a few easier jobs, you can and should pitch larger publications. But if you rush into it, you probably won’t get anywhere.

I can tell you, if lightning would’ve struck and I somehow would’ve been offered this at the very beginning of my career, I might have blown it. That’s a harsh truth that the younger me might not want to hear.

I turned in a large first draft of this at the end of December in 2018. There were a few rounds of edits early in the year, but delays in the project meant it was not printed and released until late October.

This happens for many reasons. In our case we had to make edits, but there are also long print lead times. The photos need to be set, it needs to literally get off the printing presses. It takes a lot longer than simply pressing publish on a blog post.

Some outlets don’t pay until the issue is published, and that can be financially painful for many writers.

Luckily I was paid in installments as the project was completed, so I didn’t have to wait until October, but for some projects you might be partially or fully paid on completion. And that means planning for irregular income streams. That is honestly one of the least fun parts of being a freelance writer.

Don’t be afraid to talk about money.

Early on as a writer I worried that if I even pushed back a little bit or asked for clarification on how and when I would be paid I would look pushy and be rejected for the job. This is idea is common but crazy.

Reputable outlets can have differing views on how and when you pay you, but the fact that they are reputable means they should have no problems making how they will pay extremely clear.

And let’s be blunt. If a company won’t say how they are going to pay you, they probably are trying to rip you off.

In this case, I asked about the payment schedule and I got a very clear response—as you would expect from a reputable company. But the same principle applies to everyone you work with. Ask how and when you will be paid and make it clear. If you are doing work that takes place over months, you will almost certainly want to be paid in installments.

As we talk about in the Come Write With Us course, there are various ways payments are calculated, from per-word to a flat fee to per hour, and they all have pluses and minuses. But ultimately, you should make sure you are comfortable with the terms and make sure  how you will be paid is crystal clear. After all, the company will expect how you will do the work to be crystal clear too.’

Everything is more and less glamorous than it seems.

It really is cool to have my name in an issue of National Geographic. I am genuinely proud of it. Perhaps the nicest thing is that it is a publication that average people have heard of. When I used to do financial writing, I’d mention an outlet and nobody would know who they were. With this, I can tell people I am a writer in very concrete terms—and one that the older generation can understand, as this is a print magazine. (Come to think of it, it’s pretty sad I never got to show this to my grandparents.)

But, then you wake up a day or two later and you have to move on. It’s cool. It’s fun. But you still need to pay your bills, find new projects, and brush your teeth twice a day.

This is not to minimize my excitement about it—I am really happy I did this project. But regardless whether you write 100 issues for National Geographic or never write a single word in your life, we all have to participate in this thing called living. And there is no moment where you are “done.”

When I was really a new writer I think I imagined I would do something like this and then I would be set. I would be an important writer and I’d have jobs streaming in and I wouldn’t have to worry any more. But here’s the thing. Life just continues. A lifelong goal becomes a stepping stone. It’s still awesome, but you can’t just sit around and admire that issue. You have to do something else. I still get sick, and one day I will die.

I don’t mean to be morbid, for me it is just about perspective. I’m so happy I achieved this goal, and I’ll always be grateful for those who helped me get here. But ultimately the fact that I had help and support and mentorship from so many people along the way is worth so much more than seeing my name in a magazine.

And so to circle back to writing a bit, I think the thing with big name publications is that you can’t just be in it for the “glory” of being published in a famous magazine. Because that wears off fast. With writing, you need to be in this because you like it a lot and want to be good at it. Because if you just chase after it for the name, you’ll never be happy. But if you chase after it because you love writing, then even if you don’t write for National Geographic or the New Yorker, you’ll be glad you spent your time writing.

Feel free to chime in in the comments below, and if you are a student of Come Write With Us, feel free to ask us any questions in the Facebook group. 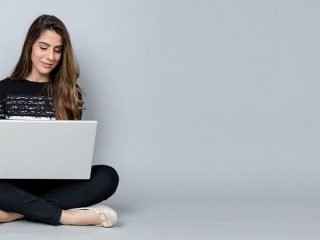 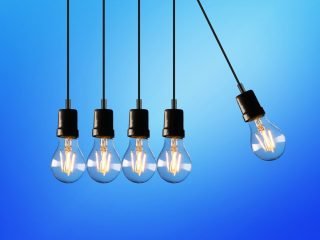 Next Post (n) What Bill Gates Can Teach You About Writing