Bill Gates is famous as the co-founder of Microsoft, the richest person in the world, and as the co-founder of the Bill and Melinda Gates Foundation. While his wealth alone doesn’t mean his advice is always correct, he really hit the nail on the head with a particular quote:

It’s hard to overstate how true this quote is for writers.

Sure, it is possible to go from having no experience to having a bestselling book in a year—but it’s extremely difficult. Instead, if you want to build a durable career as a writer, you want to put in a little bit of work every week, whether it’s reading, writing for fun, or pitching more publications. After a few years, this can actually lead to major success.

James Clear is a good example of this. He’s the bestselling author of Atomic Habits—a book on creating and maintaining good habits. (I recommend this book.) If you go to his blog, you’ll notice his first post is in 2012. He started posting consistently on interesting topics, building a following.

Six years after his blog started, he released Atomic Habits in 2018.

Want to start your own blog or writing website? We recommend Squarespace.

In October 2019, he made a post noting how his book, Atomic Habits had done during its first year of release. It was a stunning success.

-In 12 months it sold 1.1 million copies
-Was translated into 40 languages
-Spent an entire year on the New York Times Best Seller list.

Atomic Habits is very well written, but it likely wouldn’t be a bestseller if he didn’t put in the work of creating a blog, updating it, writing new articles every week, building a following, improving his craft, etc. etc.

You see, Atomic Habits is a very simple book. It’s about productivity and habits. Many other people have written about habits before—notably, The Power of Habit­, which James namechecks in the book—but here’s the thing. James Clear does it well. Atomic Habits is captivating while being informative. It’s useful, but also kind of fun.

Striking this balance is not easy for every writer, and I think it only came from the years he put into his blog, refining his craft.

And let’s be honest. It also came from his blog, his newsletter, and his social media presence. The fact he put in probably 5 years of work to build an audience before he wrote the book, led to the large success he has now.

And this is where the Bill Gates quote comes back in. A lot of people think they are going to write a book and somehow, a year later, they will be a bestselling author or write for the New Yorker (I used to fall into this trap myself.) That’s probably not happening.

But spending 3-6 years building your career and becoming a successful writer or author is totally possible.

In my own career, it took about six years to go from my first writing gig to writing an entire issue of National Geographic. If I would’ve spent that time dedicated to building a site like James Clear did, maybe I’d be a bestselling author too.

So, if you take anything from this article, I think it is this- expand your timeframe. Think about your two to five-year plan. Think about whether you are making long-term decisions.

Obviously, you can’t get too caught up in the future, dreaming of book sales and writing for a top publication. You need to put in the work now. But if you want to have your own bestseller one day, you should probably take Bill Gates’ advice, and think long term.

But, before we go, I want to talk about another thing Bill does which is valuable for writers to think about.

Bill Gates takes off one or two weeks a year and simply reads books in a cabin. Two weeks off is a luxury most people can’t afford, but the principle is achievable for almost anyone. Whether it is two weeks, two days on the weekend, or every night before bed, it’s important that you take time to read and learn.

Part of writing that we always talk about at Come Write With Us is working smarter, not harder. Sometimes we get caught up in deadlines and commitments and end up spending a lot of effort treading water on projects that don’t really matter. I know I do this sometimes.

Last weekend I didn’t have a full “think week” but I put the computer away, and whenever I wanted to work, I brought a book and a pen and paper instead of a computer. If I thought of ideas, I wrote them on the paper.

I notice that on a computer I can get distracted and waste time and lose focus. Having a piece of paper produces a kind of clarity that we sometimes forget when doing things online. While using this strategy I came up with a few good pitches and a newsletter idea. And so even seeing the benefits of a mini think weekend, I can see the good that would come from this idea.

Again, I don’t know if seven days is doable or even worthwhile for most people, but I do think that taking the underlying principle seriously is important.

And again, just because Bill Gates is rich doesn’t mean he is always right. But I think these two ideas that he practices are very much worth taking into account for writers.

So, every now and then, take a step back, think, read, and learn. It may just spur some great ideas and a bout of productivity when you get back to writing. And, if you do that in conjunction with a 3-year plan to achieve greater success as a writer, these concepts from Bill Gates can really help out.

Sign up for Squarespace to launch your own site

Sign up for our writing course: Come Write With Us!

Previous Post (p) I Wrote An Entire Issue Of National Geographic. Here's What I Learned. 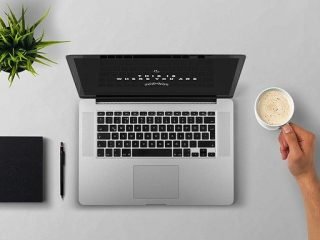 Next Post (n) How to Write More, Even if You're Short on Time