In this week’s Q&A, we’re thrilled to introduce you to Stephanie Coggins, an Emmy award-winning writer who also happens to be an incredibly thoughtful and funny human being.

When Conan O’Brien hosted his final episode of the Tonight Show in 2010, he said, “If you work really hard and you’re kind, amazing things will happen.” When I think about Stephanie’s success, I think about this quote. Stephanie is one of the most determined writers I’ve ever met, and throughout the years, we’ve had some truly fascinating conversations about not just writing, but also life, politics, the supernatural, crappy movies – the list goes on. I think you’ll find her story as motivating as I do.

When did you know you wanted to write for television?

I’ve wanted to write stories since I was a little kid. My parents still have shelves of all the storybooks and comics I wrote back then, so there was no question I was going to be a writer. But it took me a while to figure out how.

“The only surefire way not to make it in this industry is if you quit.”

As a film student at USC, I took a handful of screenwriting courses, mostly for features…but one of them was a half-hour comedy class. This was the first time I’d tried writing a TV script. The fast-paced nature of writing for television was really attractive to me, and I appreciated how the creative vision of shows was primarily determined by the writers. I fell in love, and years later, even with a few twists in the trail, I still am.

How did you manage to stay so focused in an industry that’s so notoriously competitive?

I’ll answer this in three parts:

1. I’m naturally competitive, but obsessing over other writers’ successes in this business will drive you crazy. Early on, I stayed focused by ignoring my (frequent) inner doubts and by viewing the successes of others as guideposts. Hints of what could be if I kept working on my craft and expanding my network.

2. A friend told me years ago that the only surefire way not to make it in this industry is if you quit. I wasn’t raised as a  quitter, so that wasn’t an option. I tried a few different jobs in my life, but writing was always the only thing I wanted to do. So I couldn’t quit. I mean, I could take a job behind the desk at a rental car company, and I’d still find a way to write something.

3. Writing is all I think about. So I had to find other people as obsessed about writing as I was, and I surround myself with them. They keep me focused.

How did you get started writing in general?

While I was working as a marketing assistant at a cable network, I’d been writing TV spec scripts to submit to the various network writing programs. To boost my skills, I joined a writers group. One of the scripts I wrote with this group got me into NBC’s Writers on the Verge program.

“Do the job you want right now.”

At the same time, I’d become a finalist for the Disney | ABC program, which further expanded my network. Long story short, my contacts and my experience with these programs got me a position as a showrunner’s assistant, and my writing (which I never stopped doing) got me managers and an agent, all of which led to my first writing job!

I learned to write scripts on Final Draft, and every show I’ve worked on so far has also used it. Processes vary depending on the executive producer’s preference, but usually, you start with a beat board (literally a board with notes written on it or index cards attached to it), which is gradually finessed into an episode (what we call “breaking story”), and then written out in an outline, which then becomes a script. Easy, right? That method hasn’t failed me yet.

Winning a Daytime Emmy Award for Writing last year (for TRINKETS on Netflix!)

You’ve talked to me before about feeling imposter syndrome as a woman of color in the entertainment industry, which often undervalues Black voices. Any advice for writers who may be feeling similarly in their careers?

Allies are out there, and you will find them. I’ve been very lucky to only work with awesome people who actually do value my opinion and want me to succeed. If you know your own worth and act accordingly, that will shine through, and anyone with ill intentions will move out of the way.

How can aspiring screenwriters get started when they don’t have experience?

Do the job you want right now. I wrote TV scripts for years and was never paid for it until I got so good that someone wanted to. Writing on your own won’t be exactly the same as being a staff writer (you’re writing your own ideas for one), but the important part — the writing — will be. It all starts with the work.

Do you ever get writer’s block? How do you beat it?

The good news about writing on a staff is that you’re in a group with other creative people, and we all get stumped sometimes. But the collective effort relieves a lot of that tension. We’re all solving a puzzle together to make the show the best it can be.

I get writer’s block when I’m writing my own material. Usually thoughts get shaken loose on a walk or while I’m cooking. Cars and showers are the perfect incubators.

Watch TV and feel guilty for not writing! 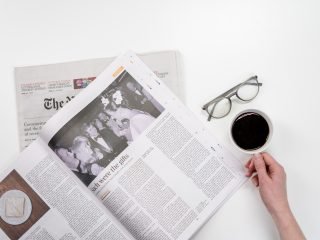 Previous Post (p) How to Write for Famous Publications 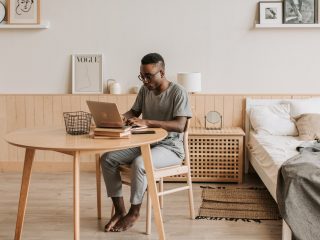