Irving Ruan is as funny as he is kind. And that’s saying a lot — Irving is a regular humor writer at The New Yorker, a.k.a every writer’s dream publication, and has written regularly for McSweeney’s, too. Check out his work here.

We first connected with Irving over social media and immediately became fans of not only his work but also of his genuine, warm personality. The world of media can often feel quite the opposite: elusive and intimidating. We asked Irving he’d be willing to share his writing process with our readers, and he was generous enough to offer up the following interview.

Hi, Irving! Tell the readers a little bit about yourself.

Hi there! My name is Irving Ruan, and I’m a comedy writer and comedian based in Los Angeles. Sorry.

How did you start freelance writing?

I started writing in 2017 because I was bored and wanted more excitement in my life. How could the act of remaining sedentary for most of the day while staring at the deafening emptiness of a blank document be considered exciting? I’m still wondering that to this day, but all that to say that I write comedy — or, at least, what can legally be considered “comedy.”

Writing for The New Yorker is every writer’s dream! Tell us how it happened.

Soon after I started writing dumb jokes I learned that there was this publication called McSweeney’s Internet Tendency that’s exclusively dedicated to publishing literary humor, which triggered the thought in my head: “ah, yes, the world will finally be able to read my brilliant jokes about Gary Busey.”

I started submitting pieces to them (some of them about Gary Busey, some of them not), and started receiving rejections, much to their readers’ benefit. After receiving a mountain of rejections, I finally started landing pieces in McSweeney’s, and after some time of writing for them, the humor editor at The New Yorker emailed me out of the blue saying how she enjoyed reading my work there and invited me to submit work directly to her. I soon started submitting pieces and those, of course, got rejected (fortunately, this time around they did NOT feature jokes about Gary Busey). Eventually, after countless rejections, I was able to sell a piece and that’s basically how my relationship with the magazine started.

My writing process is essentially a combination of self-loathing and medium roast coffee. That being said, I usually try to write in the morning after my meditation and journaling sessions. I find that those pre-writing activities tend to calm my anxieties and neuroses before I put pen to paper.

“Ah, yes, the world will finally be able to read my brilliant jokes about Gary Busey.”

I wish I was one of those writers that you see in the movies where ideas suddenly pop into their heads and inspire them to write for the entire day. It’s a daily struggle for me, and pretty much all of the time I show up at my desk not knowing what the hell I want to write about. In terms of tools, I use Google Docs for short humor pieces, Scrivener for larger writing projects, and Fade In for screenwriting (I’m still saving up money for Final Cut Pro, which I hear costs $2 billion).

I’m going to sound a lot like a cliché broken record saying this, but my proudest moment as a writer was when I finally realized that I don’t need to show up at my desk feeling inspired to write. For the longest time, I had lived with this notion that I needed to feel inspired or be graced by The Muse to produce any kind of writing (I blame Hollywood writer biopics for poisoning realistic expectations).

I understand that this is probably something most writers already know, which lends itself to the ironic comedy of me feeling proud of this realization, but it took a whole lot of psychological and emotional unraveling to truly feel like I could internalize this in my heart of hearts that creativity is not the sole province of the Inspired Artist™ and is, really, accessible to anybody — however uninspired — who’s just willing to sit down at a desk for at least ten minutes.

Any advice for writers who are just getting started?

I generally avoid giving advice because my personal philosophy on this is that advice should honor the specific context of a person’s life experience, upbringing, socioeconomic situation, and other inputs (all of which I don’t know in this case). But, all that being said, I remember reading somewhere that 90% of being a writer is reading and 10% of it is actually writing.

How do you beat writer’s block?

Every time I find it really difficult to write anything, I usually go for a walk, read a book, talk to a friend, watch a movie, or simply do nothing. In this day and age of the cult of productivity, it’s alluring to associate one’s self-worth with the nonstop tempo of always producing something. I struggle with that a lot, and it’s something I’m definitely working on healing within myself.

“Coupled with enough patience, your brain will find a way to finally produce what you’ve been meaning to say all along.”

But perhaps the silver lining in the field of writing (or, really, any artistic endeavor) is that all the moments when you’re not doing the actual work that you’re supposed to (i.e. writing), your brain is actually working on it at a very deep, subconscious level. And, coupled with enough patience, your brain will find a way to finally produce what you’ve been meaning to say all along. It may take hours, days, or weeks, but I have found that in my own personal experience that “waiting” for weeks to finally overcome whatever writer’s block I had was well worth the time it took instead of forcefully vomiting a half-hearted piece of writing that never really felt honest and true. 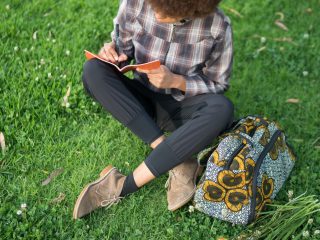 Previous Post (p) The 7 Pillars of Come Write With Us 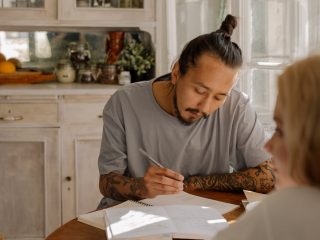 Next Post (n) Making It Through the Inevitable Freelancing Slump